Towards gender equality in implantology. The contribution of WIN Global and WIN Spain

My journey with WIN took off, quite literally, in the summer of 2016 when I received an email from Straumann inviting me to a special event in Zürich during the fall. To be completely honest, at the time that I accepted the invitation, I was not entirely sure what the event was about or who else was invited - it was all a little mysterious to me!

Nonetheless, on October 13th, 2016, I departed Palma de Mallorca for the first time on my own after giving birth to my second son in April. It was a challenge for me to make this trip, but I was really curious and excited to know what Straumann had planned for this event!

I arrived at a location at the outskirts of Zürich where the next morning, we began the workshop. I was surprised that I only saw other women; we were a group of 14 participants. I only knew 2 of them at the time... but that was soon to change.

We started the workshop by presenting ourselves, and little by little I understood the idea of getting together. We were all related by our profession, and especially by our day-to-day work with dental implants. When it was my turn to present myself, I was shocked to have to admit that I had been an ITI Study Club Director (International Team for Implantology - https://www.iti.org/community/study-clubs )  since 2009 and had never invited a woman as a speaker!

This workshop was intended to start a shift in the female-male presence in the world of implantology to ‘tip the scales’ towards gender equality in our field. How? By boosting female role models in university settings; promoting the speciality of implantology to female students in particular (every year more female students compared to male are graduating as dentists); opening our own private practices or getting involved in research projects; establishing a balance between professional and personal life; and gaining more visibility by being present at dental meetings and at national and international congresses as speakers! These were big challenges, but our group was up to the task.

Getting women in the pipeline for a career in implants

After getting to know one another, we started on the ‘discovery phase’ of our project: we needed to find out the actual situation of women in implantology in different countries. Luckily, women of 10 different nationalities were present (even the United States and China were represented). We understood that the professional career of a woman, and how far she would get study-wise, is very often determined by her personal life and surroundings. Although many women are getting a degree as a dentist, very few of these women continue on to specialise in implantology or decide to invest in an academic career. So, our role models such as female professors of surgery are still a minority, and we know that this also influences the decision of women to advance in this still male-dominated area of dentistry.

After this first encounter, we founded WIN (Women Implantology Network), and one of the first steps we took was to build a network in order to give women the opportunity to connect with each other and to listen to their needs.

A venue for fresh voices in implantology

Together with our male partners, we seek to balance the male-female presence in the world of implantology and to give visibility to all the great female professionals out there.

One of our first events was held in 2018 in Malta. During that first WIN Summit I was positively amazed by the great presentations given by colleagues I never had seen or heard before, presenting on the same topics that others lecture about again and again, but this time with a completely different way of approaching it. This was what we were seeking to do: to find these hidden gems and give them an opportunity to grow and be present on the scene!

Meanwhile, I had been asked to take the next step and to become more involved on a more national level with WIN in Spain. With the support of Teresa Nieto, we started to brainstorm on how to build our Spanish core group. During our first WIN Spain meeting in November 2017 (and again in 2019) we invited a total of 10 women from different areas of Spain and presented to them the ideas we had in mind to gain more visibility for women in the implant community in Spain. Just 50 years ago here in Spain, there were 900 male dentists and only 100 female dentists. Nowadays, there has been a significant shift in numbers; today, there are 3 times more female than male dentists in Spain!

We developed a folder with key information about what WIN is all about and who is representing WIN in Spain – our ‘ambassadors.’

We have been organising scientific Facebook Live and Instagram Live sessions (KOOL morning and THE KOOL place). We also introduced each of the ambassadors on social media through videos, photographs and their testimonials. Each of the ambassadors offers an “Implantology Day” in their private practice (a clinical stay of 1 to 2 days) during which WIN members can observe treatments related to implants.

WIN and ITI (International Team for Implantology) work in close contact with each other and as a WIN member, you also get a discount to become an ITI member during your first year.

Currently, we are also recording podcasts for the Straumann Group Channel. 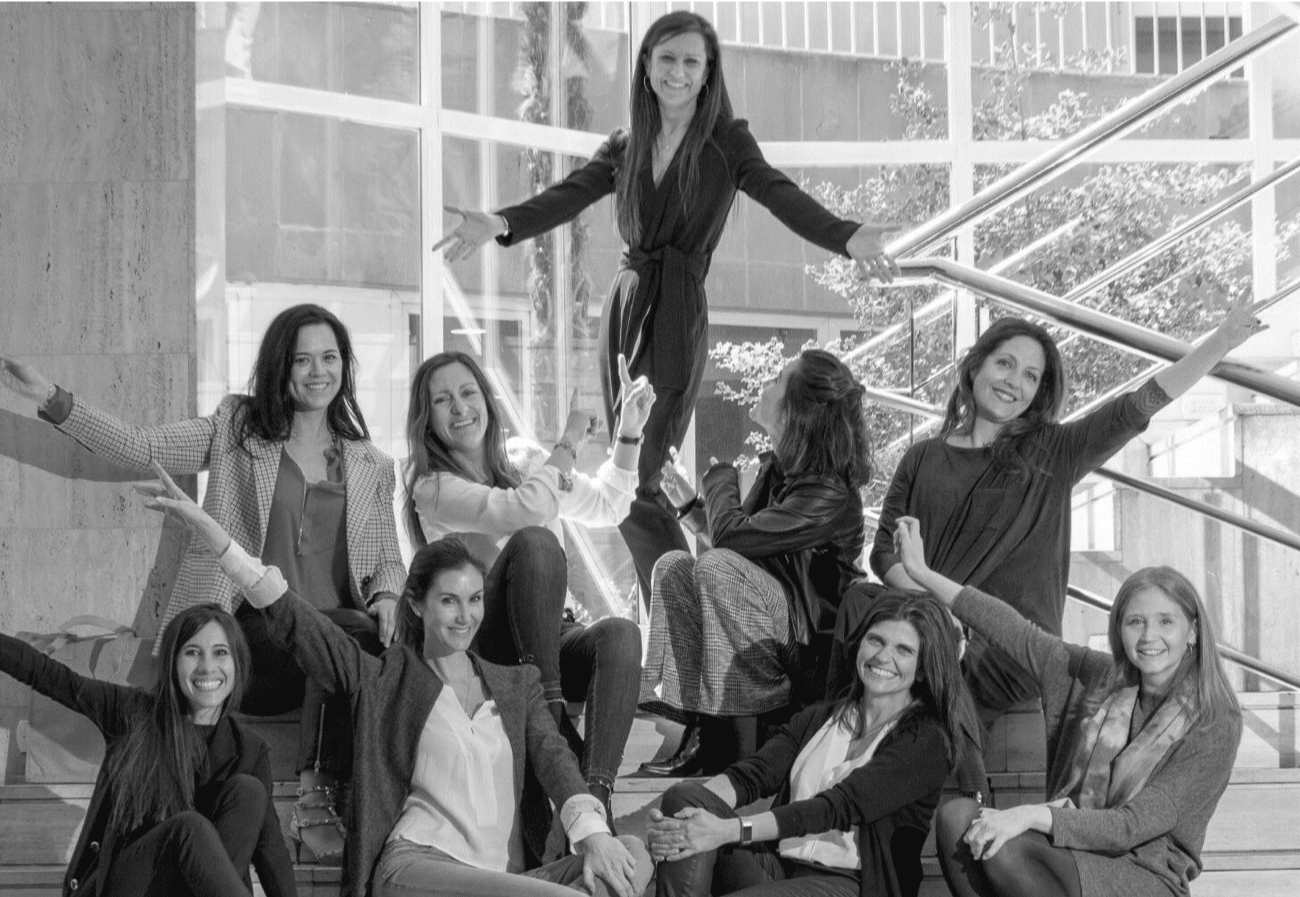 In order to involve each of my Spanish ambassadors even more personally and to help them to gain exposure as role models at a local level, we are eager to get our WIN Circles up and running. Already well developed in Argentina, WIN Circles are small study groups (max. 10 persons) in which all different kinds of topics can be discussed: scientific, private practice-related, patient treatments, team management, and more.

In Spain, our efforts have paid off. It has been really satisfying to see that important organisations at the national level such as SEPA (Spanish Society of Periodontology and Osseointegration) have been actively trying to balance the presence of female and male speakers on their podiums!! To prove this, here are some numbers: in 2017, SEPA had only 16% female speakers at the national congress while in 2020 the percentage rose to 40% (see graph below). 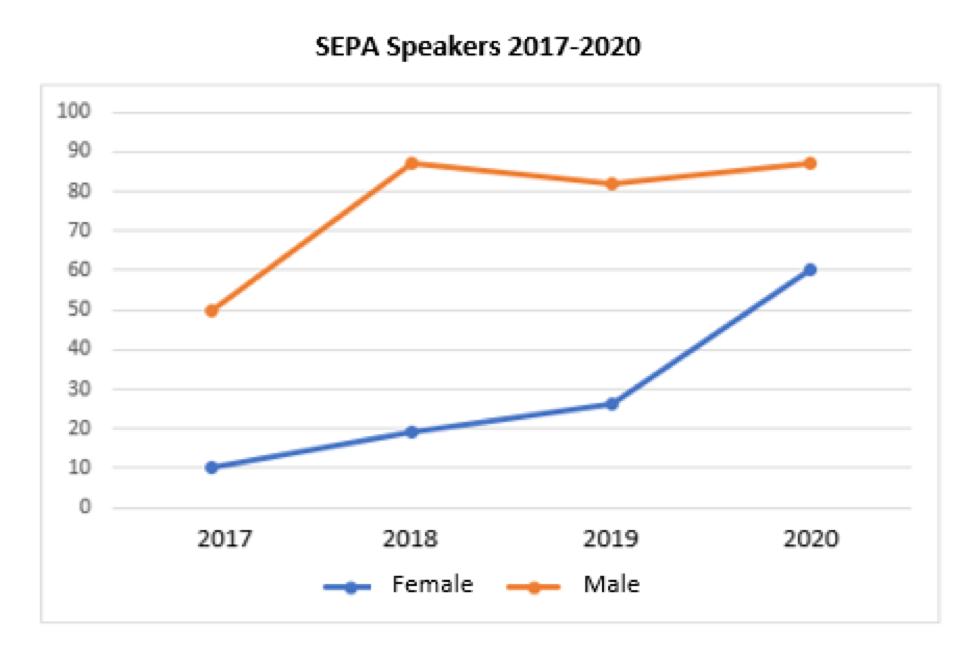 To also be part of WIN, join us here