Is Alzheimer's disease influenced by periodontitis?

There’s an increasing awareness of the link between periodontitis and systemic health. The correlation between periodontitis and some diseases, diabetes, for example, is well supported by evidence. However, there are many other pathologies for which their correlation has as of now been only hypothesised. Further research is needed to reach conclusions supported by scientific evidence.
Dr Romei’s thesis is a review aiming to analyse the data from the recent scientific literature and presenting the current evidence on the possible association between periodontitis and Alzheimer’s disease. Specifically, several epidemiological, clinical and in vitro studies have highlighted a possible involvement of periodontitis in the incidence and progression of Alzheimer’s disease.

Dissertation title: “Correlation between periodontitis and Alzheimer’s disease: a review of the literature”

What do we know about Alzheimer’s disease?

Alzheimer’s disease (AD) is a chronic and progressive neurodegenerative disease, characterised by a decline in cognitive function. It contributes to 60-70% of all dementia cases, an estimated 50 million people worldwide, with nearly 10 million new cases every year. AD prevalence increases in the population above 65 years of age. It is not a normal consequence of ageing. The pathology of AD is associated with damage and death of neurons, which at first involve the hippocampus, the part of the brain related to short-term, long-term and spatial memory, followed by the entire brain. Amyloid beta (Aβ), a peptide involved in the neuronal development, can present a drastic conformational change, forming amyloid fibrils, which can be found in formations outside neurons (extraneuronal), called senile plaques. Intraneuronally we see masses of Tau protein in helical filaments called neurofibrillary tangles. Evidence shows that cerebrospinal fluid levels of Aβ and Tau change as AD progresses. The exact mechanism which leads to the formation of senile plaques and neurofibrillary tangles remains yet unknown.

The treatments available at present do not allow to cure AD. Still, much can be done to support the patients and improve their quality of life, including an early diagnosis through behavioural and psychological symptoms, optimising their well-being throughout the disease’s progression and possibly slowing down the progression. In fact, although definite conclusions regarding risk factors or risk modifiers cannot be drawn, pathologies such as diabetes and hypertension have been correlated to an increased risk of presenting AD (Duthey, 2013).

Two mechanisms may serve as a connecting link between periodontitis and AD. The first one highlights periodontitis as an oral condition that produces systemic inflammation, also in the central nervous system through an increase of circulatory pro-inflammatory cytokines. Secondly, a specific role of some periodontal bacteria, such as Porphyromonas gingivalis (Pg), has been highlighted. Namely, Pg and its toxic proteases were found in the neurons of subjects affected by Alzheimer’s, particularly in the hippocampus, which is, as mentioned before, one of the first neuronal areas that are damaged in subjects suffering from Alzheimer.

Periodontitis is known to have an impact on the general health status through a state of increased systemic inflammation characterised by the rise of serum levels of multiple cytokines, such as IL-1, IL-6, CRP and TNF-α. Moreover, some current known risk factors for dementia have a systemic inflammatory impact comparable to periodontitis, which can suggest that inflammatory markers can contribute to the development of impaired cognition (Noble, Scarmeas, & Papapanou, 2013). Neuroinflammation is the CNS’ response in reaction to infections or injuries and is considered capable of accelerating the onset and progression of AD. Chronic systemic inflammation causes the release of pro-inflammatory mediators, such as IL-1β, which sustain the inflammatory state. At the same time, they are also capable of inducing neurodegeneration, by indirectly activating microglia, glial cells whose functions include immune defence in the CNS. Microglia are strongly susceptible to any interruption of the brain’s homeostasis, undergoing proliferation and modifying their morphology in the presence of disturbing factors. They are present in large numbers in chronic neurodegenerative diseases such as AD, suggesting “the chicken or the egg causality dilemma”. Are they a consequence of neurodegeneration, or do they contribute to the degeneration itself? Indeed, the impact of mediators and inflammatory markers in the CNS are influenced by the previous state of activation of the microglia. If an ongoing neuropathology has already prompted the brain’s macrophages, they will probably give rise to a more significant response than in the state of health. Even cytokines are not generally neurotoxic but can intensify neuronal loss and damage when already compromised. It appears clear how this intensification of inflammation and neuronal damage may have a detrimental impact in cases of neurodegenerative diseases that have an inflammatory involvement. The same mechanism happens in the case of stroke, where considerable evidence shows that cytokines such as TNF-α and IL-1β can increase neuronal death in the already compromised neurons (Perry, Newman, & Cunningham, 2003).

The factors that initiate and sustain inflammation in patients affected by Alzheimer are still unknown. However, in vitro studies have shown that Aβ and P-Tau (phosphorylated Tau) inside senile plaques and neurofibrillary tangles can induce the production of TNF, IL-1, IL-6 and CRP. These cytokines, in return, induce the synthesis of Aβ and P-Tau. Moreover, clinical studies have shown a rise of CRP and other inflammatory markers in patients after the development of AD. It seems clear how, although many clinical and in vitro studies have shown an association between systemic inflammation and AD, there is no specificity to predict the onset of the disease (Dioguardi et al., 2020).

A study by Ide and coworkers (Ide et al., 2016) aimed to determine whether periodontitis in patients with AD was associated with an increase in the severity of dementia and cognitive decline. In this observational study, 60 patients were monitored for 6 months. The results showed that patients with periodontitis had an increased cognitive decline independent of the baseline condition. These results suggest that, if this data was to be confirmed by future trials, periodontal treatment might be a possible treatment option in case of AD and, in general, a preventive treatment for neurodegenerative conditions.

The second hypothesised mechanism involves the colonisation of specific bacteria, e.g. Porphyromonas gingivalis. Several authors have correlated its virulence factors such as lipopolysaccharide (LPS) and Gingipain with cytokine release once they reach the central nervous system (CNS) and their direct effects on Aβ and Tau protein. It is still unknown how periodontal bacteria can access the CNS. Still, it is hypothesised that this may happen through systemic circulation after a transitory bacteraemia, which can occur during oral hygiene manoeuvres, or through the path of peripheral nerves, like the trigeminal nerve.
Pg, one of the most-studied periodontal pathogenic bacteria and its secreted toxic proteases, Gingipain, were identified in the brains of AD patients. LPS and gingipain of Pg were also found in the neuronal tissue of patients with AD in a study by Poole et al. (Poole, Singhrao, Kesavalu, Curtis, & Crean, 2013), which was conducted on post-mortem brain tissues from patients affected by Alzheimer. Moreover, in this study, Poole demonstrated that both LPS and Gingipain (Kgp, RgpA and RgpB), virulence factors that are fundamental for the pathogenicity and survival of the bacterium, have been identified as neurotoxic in vitro and in vivo through an effect on the Tau protein.
Dominy and coworkers (Dominy et al., 2019) have synthesised a molecule capable of inhibiting gingipain, counteracting its effect and subsequently blocking the production of Aβ and reducing neuroinflammation. This study, in addition to reinforcing the hypothesis of the involvement of Pg in AD, suggests how inhibitors of this type could be effective in the treatment of neurodegeneration typical of AD. This study also reported a positive association between the increase of gingipain and the Tau protein, hypothesising how Tau protein can be a target for Gingipain. This is just one of many studies on an animal, mouse model, which suggest a correlation between the two pathologies.
Another interesting cross-sectional observational study (Noble et al., 2009), examined the relationship between systemic levels of Pg, assessed through serum levels of IgG, and cognitive outcomes. Data from the NHANES-III (Third National Health and Nutrition Examination Survey) including 2355 participants over the age of 60 was analysed and the results show how, even after adjusting for confounders, there was a strong association between periodontitis and an impaired cognitive condition.

Why is further research needed?

Cognition and oral health seem to be associated. Surely with the onset and progression of AD, the patient’s ability to maintain adequate OH procedures decreases, leading to the worsening of oral conditions. As discussed so far, this may amplify or worsen the cognitive decline of the disease itself, in a circular process. The effect of AD on patients’ periodontal status is something we must bear in mind. However, as discussed so far, it is essential to acknowledge that periodontitis and poor oral health could be a precursory condition leading to cognitive decline, rather than just an outcome.

Although there is no clear, direct correlation between AD and periodontitis so far, the indirect evidence we have justify further studies to clarify the possible contribution of periodontitis in the development and progression of AD. Periodontitis is a treatable and preventable disease that, if it was to be considered a risk factor for AD, could be a modifiable one.
Considering the increasing life expectancy and the incidence of conditions related to old age and their impact on the quality of life of the elderly, cognitive decline represents a tremendous public health problem. Prevention measures and treatment of its known risk factors could thus make a difference, particularly because, at the moment, there is still no cure for AD but only therapies seeking to delay its course and increasing the quality of life of these patients.

Duthey, B. (2013). Alzheimer Disease and other Dementias.  Background Paper 6.11. Retrieved from: https://www.who.int/medicines/areas/priority_medicines/BP6_11Alzheimer.pdf 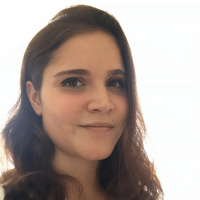