From the first weeks after conception,women are aware of the necessity of visiting the general practitioner for the first advice and the prescription of the preliminary examinations, and gynaecologist and midwife over the course of the pregnancy and puerperium. The dentist and a dental hygienist rarely make it to this list. Too many fears, limited information and the lack of a strong interdisciplinary network are the cause of all this.

Let us start with the basics...

Thinking about pregnancy, one realises how extraordinary and fascinating it is: a period that revolutionises the woman’s body and physiology. 40 weeks of new sensations: nausea and vomiting, feeling the movements of the life growing inside, swollen legs, (often) anaemia, (sometimes) gestational diabetes, preeclampsia. That being said, if we consider all of the women’s doubts and questions about the gestation and post-partum period, very rarely do we witness questions raised about the oral health of the pregnant woman or the unborn child. On the contrary, sometimes women tend not even to declare their state of interest when they come to the professional oral hygiene session. This only further reinforces that the mouth is seen as something completely dissociated from the rest of the body and that there is insufficient awareness of the subject.

Mother’s symptoms and oral conditions – what can we do?

One of the first symptoms, usually appearing between the 5th and 8th week, is nausea and vomiting, often triggered by high sensitivity to odours or tastes, as well as gastroesophageal reflux.

“During pregnancy, oestrogen and progesterone lead to the relaxation of the viscera and sphincter muscles, which in physiological conditions prevents acid material from rising from the stomach.”

Around weeks 18 to 20, this condition usually approves. However, among women who experience it in the first trimester, statistically, 15-20% continue to suffer from it until the third trimester, and 5% even until they give birth. It exposes women to the risk of demineralisation, erosion of the hard tissues of the teeth and increased risk of caries.

Another condition affecting 30% to 100% of pregnant women is pregnancy gingivitis, due to hormonal, vascular and immune changes. In fact, as it is also reported by the Italian Ministry of Health and the European Federation of Periodontology, gum tissue often shows an exaggerated immune response to oral biofilm pathogenic bacteria, so the onset or worsening of periodontal diseases such as gingivitis, periodontitis (in 5-20% of women) and epulis (up to 10% of cases) is frequent.

“The symptoms and signs of periodontal disease can initially appear in the second month of gestation and reach their maximum severity around one month before delivery; after delivery, they usually reduce to remission in a few weeks.”

In this case, the factors to be taken into consideration are 1) modification of the composition of subgingival biofilm in favour of anaerobic periodontopathogens associated with circulating levels of oestrogen and progesterone; 2) modification of the local immune response with increased susceptibility to gingival inflammation; 3) pro-inflammatory hormonal effects at the gingival level.

I believe everyone is familiar with the old wive’s tale: “Gain a child, lose a tooth”. However, I equally believe one has to work to break down old, obsolete and, above all, harmful beliefs. Even an initial consultation within the first trimester would play a key role in sensitising women not to underestimate physiological changes and their impact on the oral health. To start with, a careful oral hygiene, and small precautions for remineralising the enamel are essential. Indeed, something as trivial as rinsing with a solution of water and bicarbonate (1 teaspoon of bicarbonate in 1 glass of water) helps to buffer the effect after nausea and vomiting, as well as periodic checks to keep the oral situation monitored and act on a preventive level.

“Fusobacterium nucleatum from the mother’s subgingival biofilm is able to pass through the placenta, reaching the fetus and causing an acute inflammatory event that can lead to the endouterine death of the fetus”.

The Italian statistical data (“Rapporto CeDAP”) highlights that the annual percentage of preterm births on a national level is 7%. In fact, scientific studies do not exclude the association between the presence and severity of gum infections and premature birth, fetal growth retardation, spontaneous abortion or vertical transmission of Streptococcus mutans (Sm) from mother/caregiver to child. Concerning the latter, we know that in 24-100% of cases, genotypes of Sm in children appear the same as in mothers. This means that the oral bacterial flora of the child can be strongly influenced and that vertical transmission and the risk of early onset of caries in early childhood (ECC) can be prevented. The repercussions of this condition may lead to a delay in dental care, interventions often in narcosis or sedation, resulting in increased economic costs, trauma and development of dental phobia, and a high risk of recurrence of carious lesions.

What role do we represent as Dental Hygienists?

During pregnancy, the woman is strongly predisposed to change her habits to safeguard the health of her child. I believe that this is the point on which to raise awareness among future mothers. We start with an initial consultation within the first trimester to 1) inform the future mother about the importance of her oral health throughout the pregnancy; 2) advise on diet and correct oral hygiene at home and methods of remineralisation of enamel, such as mouthwash and the introduction of remineralising mousses; 3) in periodontal patients set recall periods at the beginning of each trimester; 4) get an early start on giving information and instructions on the oral hygiene of the unborn child and on the management of vertical transmission of Sm, as well as clarifying the fundamental role of topically applied fluoride (through toothpaste - 1000ppm), from the eruption of the first teeth from 6 months of life onwards, to prevent the risk of ECC.

Personally, even when a patient shares that his wife, daughter or daughter-in-law is pregnant, I take a moment to educated and raise awareness of the person in front of me, as they may act as a word-of-mouth.  Usually, I set 3 basic rules: 1) it is highly recommended that the pregnant woman makes a consultation with the Dental Hygienist to prevent possible risks for herself and the fetus and that during pregnancy she gives extreme importance to her oral hygiene at home; 2) from birth, clean the mouth of the newborn baby, even with a simple gauze moistened with water and from the eruption of the first milk teeth switch to a small toothbrush with a rice-size amount of toothpaste; 3) avoid as much as possible exchange of saliva (e.g. kisses on the mouth, using the same spoon, sucking the dummy before giving it to the baby).

From an operational point of view, scientific studies show that routine periodontal treatment or professional oral hygiene during pregnancy has no adverse effects. Therefore, they are procedures that can be carried out without any fear on the part of the operator. The safest period to perform dental therapeutic procedures is from the 14th to the 20th week when organogenesis is complete. From the 20th week on, maintain a semi-seated position to avoid creating pressure on the inferior vena cava and pelvic veins.

Furthermore, before all this, I think it is necessary to start creating a strong network with the other health professionals with whom mothers come into contact: general practitioners, gynaecologists, midwives and paediatricians, in order to trigger a virtuous circle of collaboration to promote oral health and our role in the gestation period and during the perinatal phase. 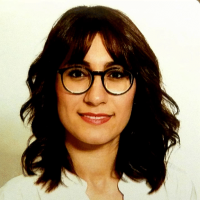