For this fourth issue of the Periocampus Herald, I have once more chosen classical articles in periodontology: the “Experimental gingivitis in man” by Harald Löe, Else Theilade and Börglum Jensen, initially published in 1965 in the Journal of Periodontology. I am sure all of the readers are familiar with this article to some extent. However, what you might not have known is that it is part of a series of articles published by this same group, all aimed at investigating the causal relationship between plaque and gingivitis. The articles that followed were published in 1966 (Experimental gingivitis in Man II), 1967 (III) and 1968 (IV) in the Journal of Periodontal Research. The experimental design, which was then repeated by many authors also on implants (21 days without oral hygiene in 12 subjects and then 21 days of resumption of self-performed and professional hygiene), demonstrated the causal link between the accumulation of plaque and the onset of gingivitis. It is important to note that the part that proves the causal link is the observation that removing the factor (the plaque) leads to the resolution of the effect (gingivitis).

The second study focused on bacterial flora changes and possible differences in its composition among interproximal and vestibular or lingual surfaces. It demonstrated that once the oral hygiene practices were introduced again, there was once more a change in the flora - a return to a composition of mainly cocci. No differences could be observed in relation to gingivitis in terms of different surfaces.

The third study aimed to evaluate the impact of antibiotic rinses on plaque formation, in particular tetracyclines. The authors demonstrated a tendency to fungal colonization (candida) following this therapy, which was not observed with vancomycin used in the fourth study.

I like most in these articles, particularly the first two, the simplicity in describing the materials and methods and the results without lacking in scientific rigour. I recommend them to everyone to understand how a scientific article must be reduced to a precise description of the used methodology so that the reader, or anyone else for that matter, may be able to repeat the study, as well as a detailed description of the results without added interpretations, which find their own place in the discussion.

Obviously the discussion is affected by the time in which the articles were written, but as a whole, these studies are classics whose experimental design have been repeated many times, even recently. 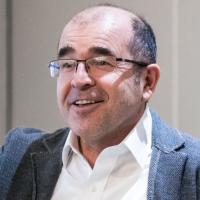